“The topping out ceremony celebrates the completion of a significant part of the construction of our inpatient hospital and the many people who helped and worked so hard to get us to this point,” said Russ Armistead, UF Health Jacksonville CEO.

The five-story tower will tie into the existing medical office building that opened in February 2015. The center has operating suites and ancillary services that will serve as the core of the new hospital. Danis and Batson-Cook Construction is building the $85 million project in a joint venture.

Program participants watched as a crane lifted the ceremonial beam decorated with an American flag and evergreen.

“The patients we serve are just as excited. We know UF Health North will continue to make a big impact on the surrounding community,” said Stacy Stasia, Nursing Manager for preoperative and the PACU at UF Health North.

Beam “topping out” ceremonies are part of a long construction industry tradition to celebrate the ultimate height during the building process where those involved sign the beam. The evergreen tree used in the ceremony symbolizes the well wishes of good health and safety to the workers and all who enter.

The North Jacksonville hospital campus will serve the area’s fastest-growing area. From 2000-2013, North Jacksonville’s population rose by 30 percent, more than double the growth rate of the rest of Duval and Nassau counties. 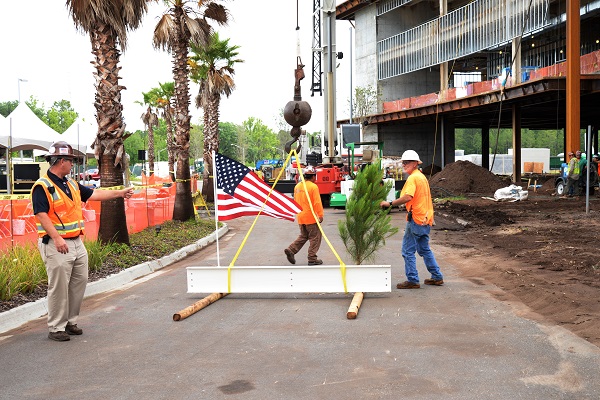 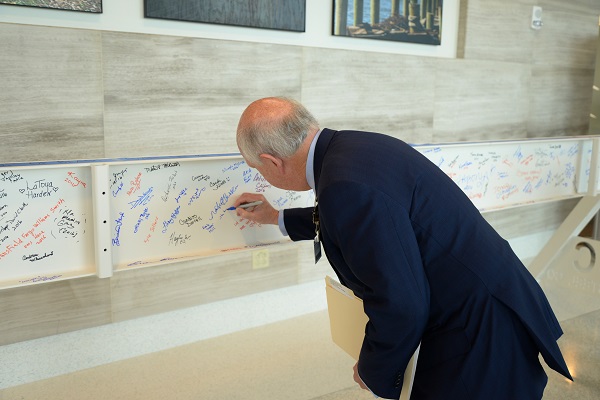 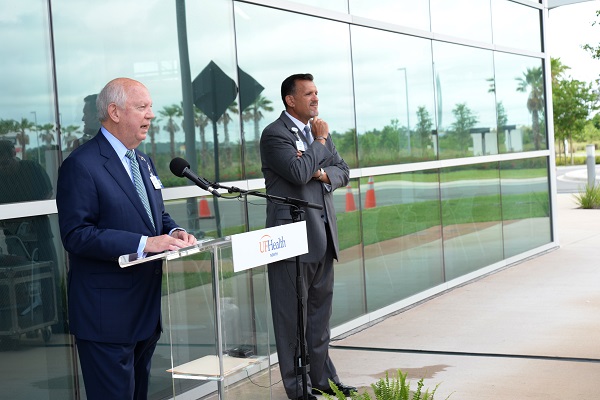 As our facilities expand, so does our media presence. Read, watch and listen to what others are saying about UF Health’s new construction projects!

View news articles about our projects and facilities from external sources here on "In The News."